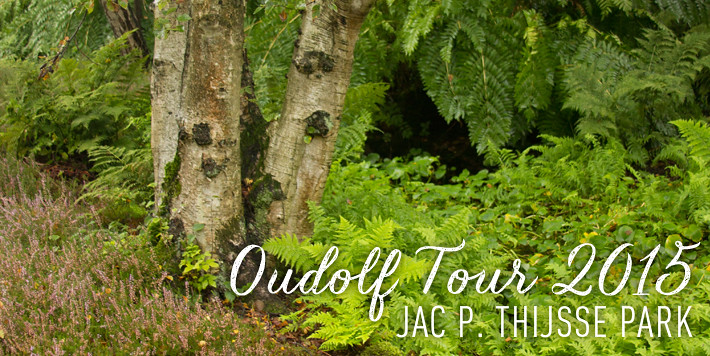 This is the first in a series of posts that are long overdue, regarding my trip to The Netherlands this past autumn with Carolyn Mullett and Carex Tours. 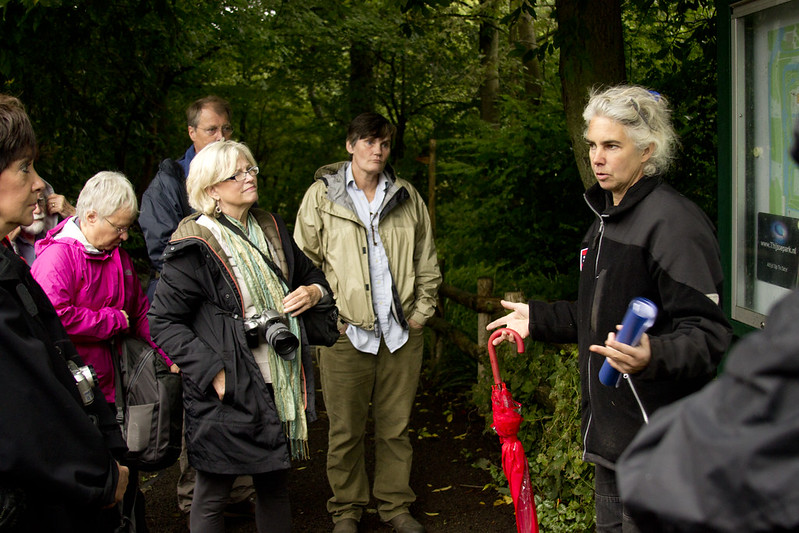 Our first garden visited during our tour was the Jac P. Thijsse Park, which is named after a famed naturalist, but designed by Christiaan P. Broerse. 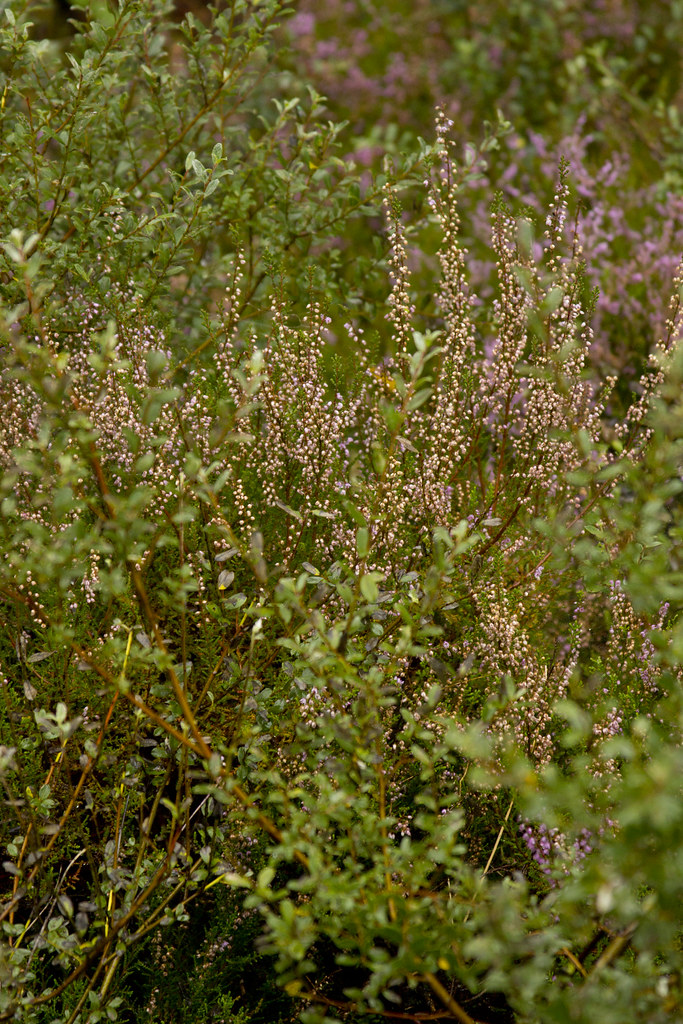 Located in Amstelveen, a part of the greater Amsterdam metro area, the park is a long, narrow strip of land, bisected by several bodies of water, surrounded by houses and businesses...very much an urban park. 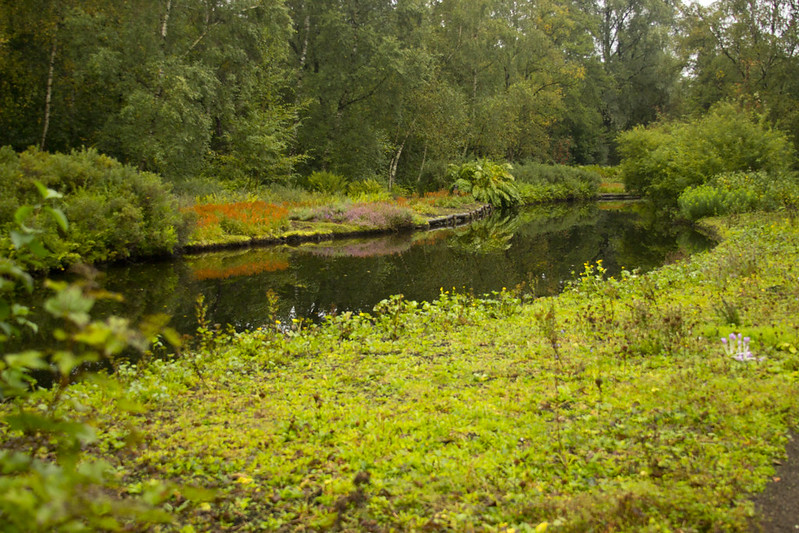 While quite long, the width of the park varies considerably, I believe (if memory serves) that at its narrowest point, it is only about 10 meters wide! Amazingly, I would never have known that...it's so cleverly (and thickly) planted, that you feel you are in the middle of a vast wild area. 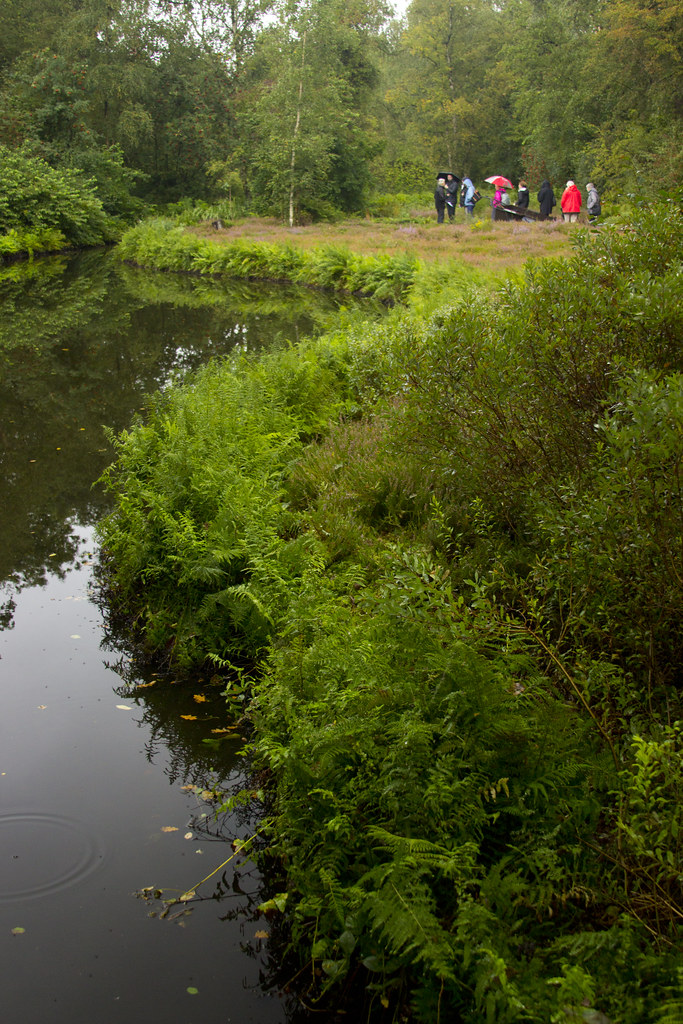 The winding waterways create a sense of "island hopping"...you are constantly going across small bridges...the non-linear quality of the paths make the park seem much larger than it really is. 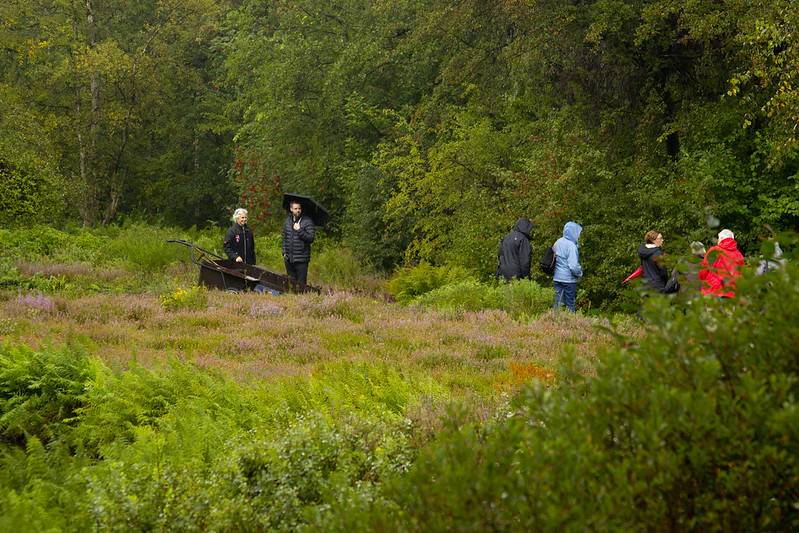 As luck would have it...it was POURING rain at this point...and we actually had to wait under some trees for the deluge to let up a bit. Even with a rain coat and umbrella, I was soaked! 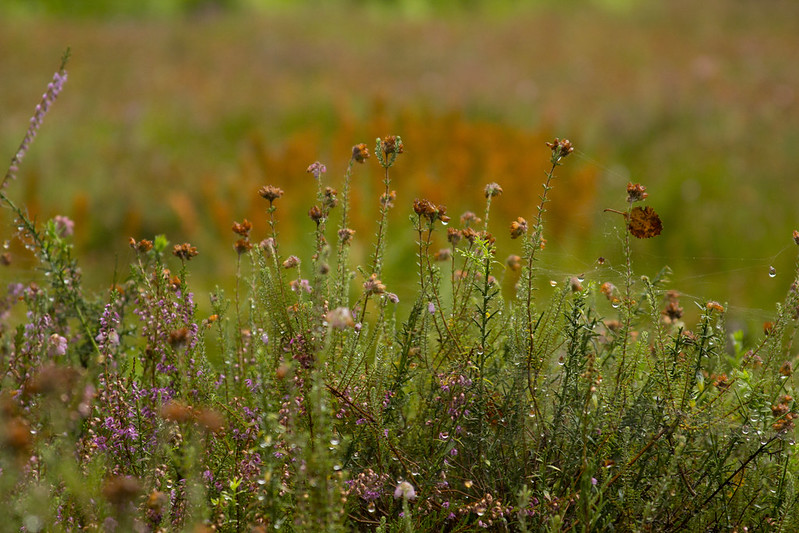 The entire area is mostly peat...and, as such, Heathers thrive here. They were astounding...growing so thickly and happily. 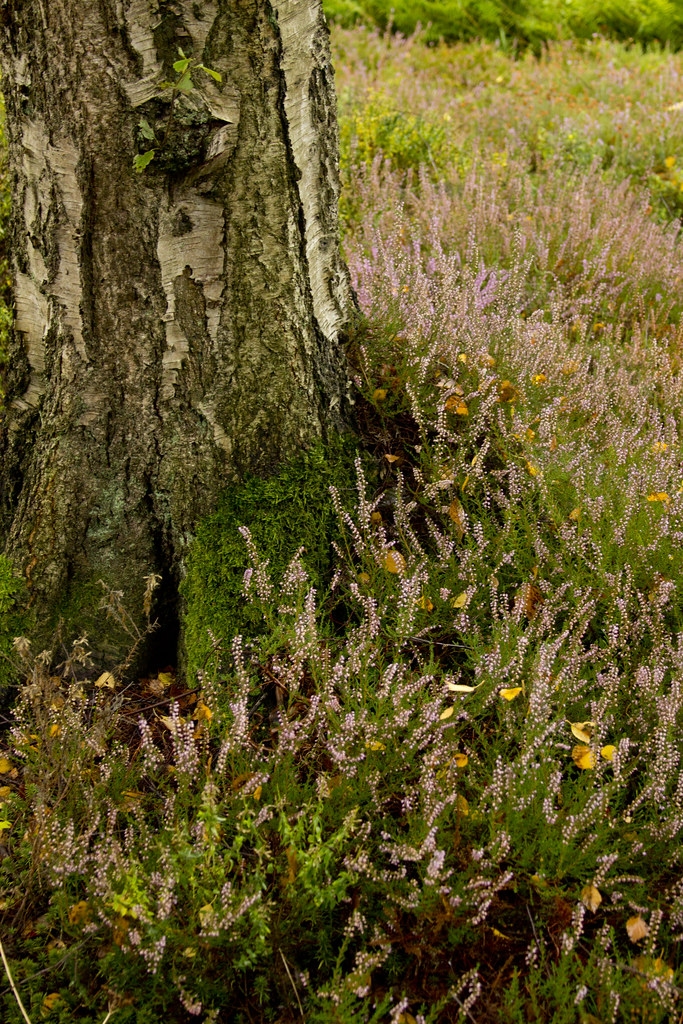 They completely blanketed the ground...what a glorious groundcover! 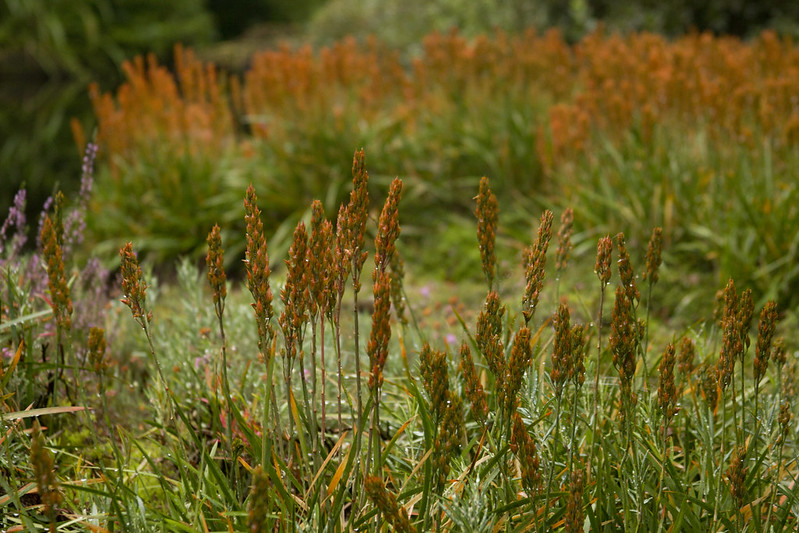 I need to find the name of this plant...I believe it was some sort of "swamp asphodel"...or something like that. The orange seed pods featured prominently all over the park. 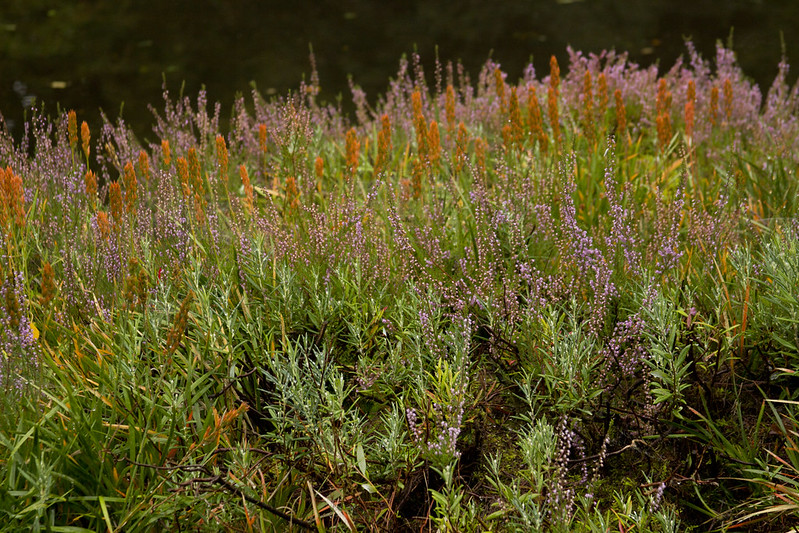 Paired with the pink of the Heather...it made for a striking combination. 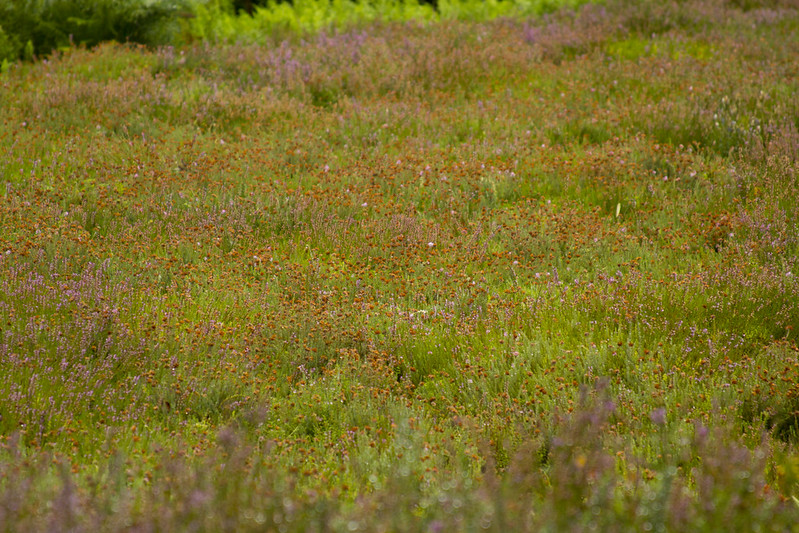 The rolling nature of the topography was accentuated by the carpet of Heather. 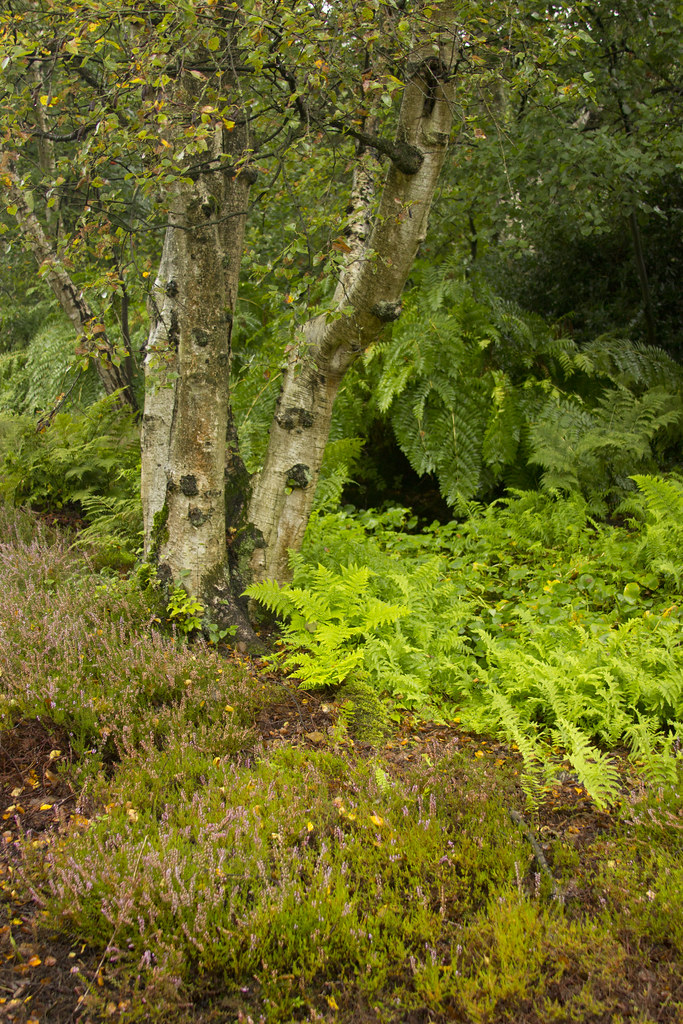 To be honest, this area felt like it could have easily been in the PNW. 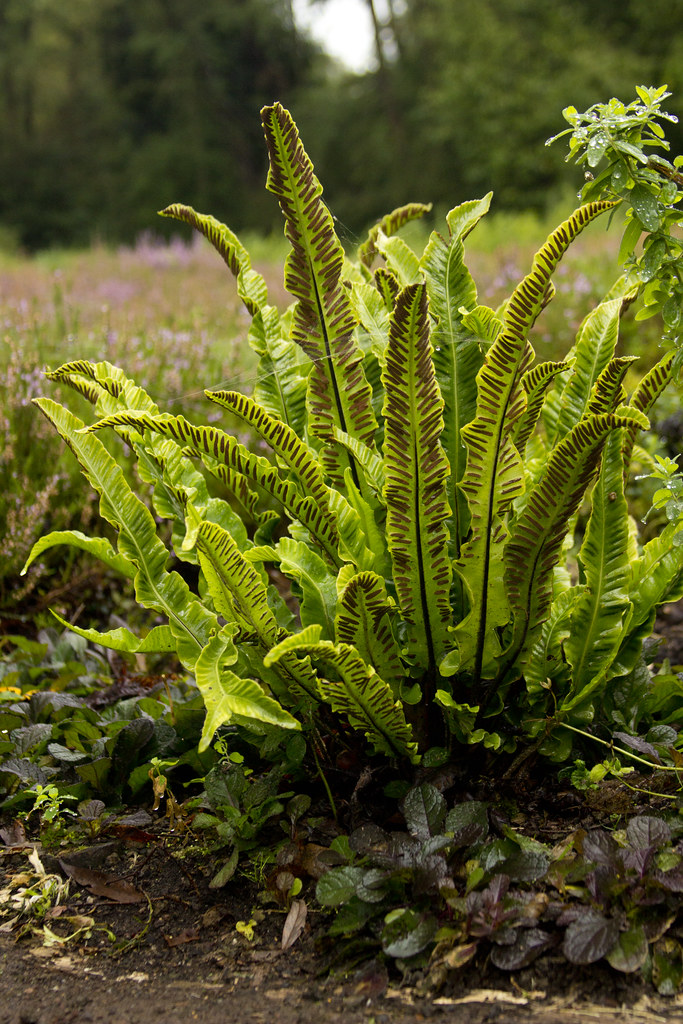 So many plants that I assumed needed shade were growing in full sun. 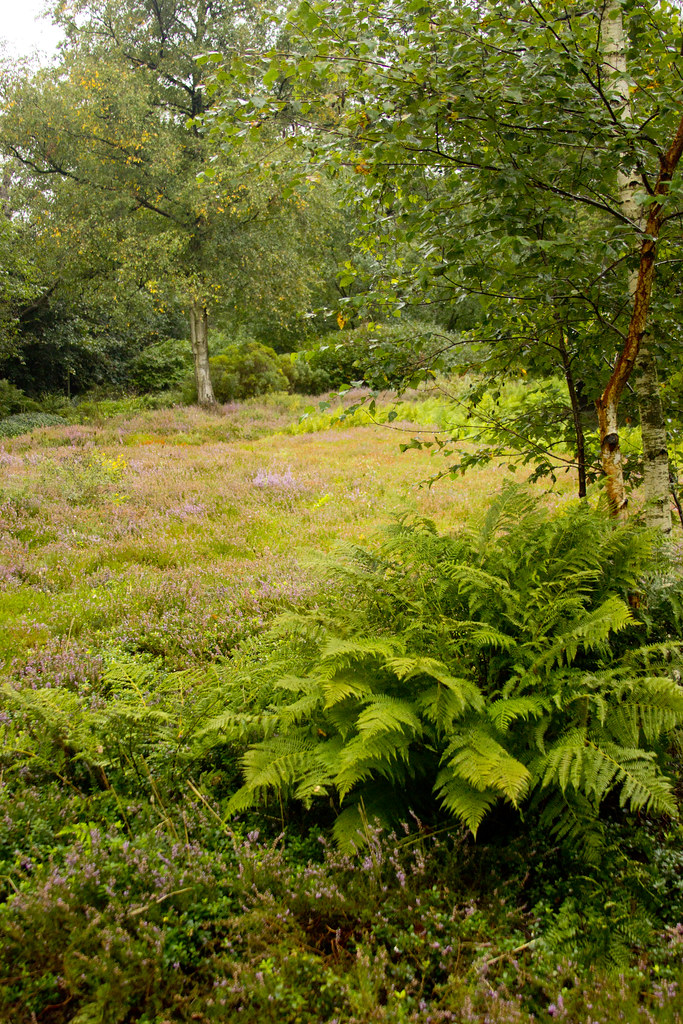 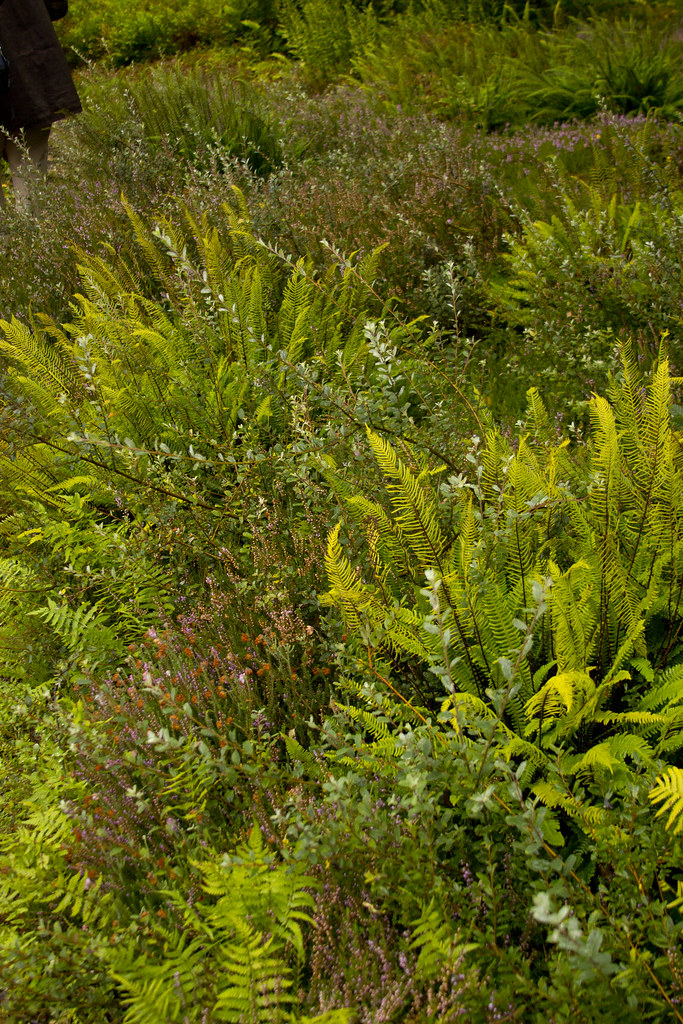 Everywhere you looked, there were patterns...but they didn't feel contrived or forced. 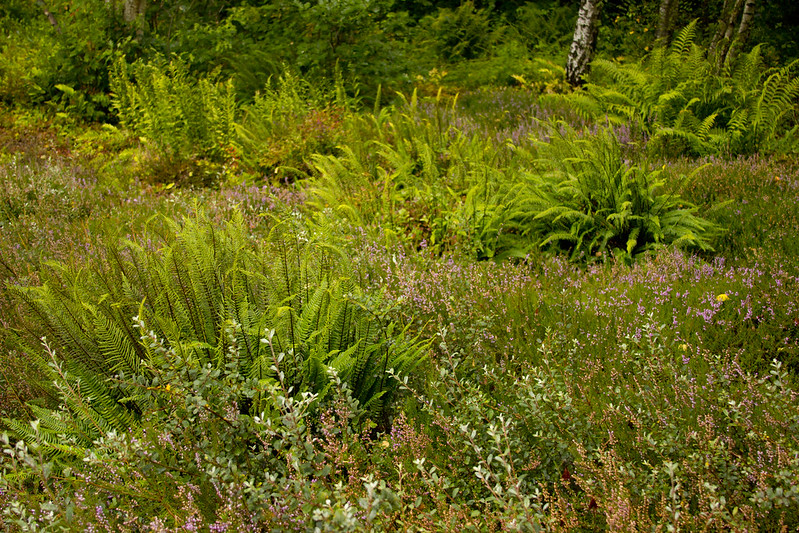 Instead, there was a pervasive sense of calm and serenity. 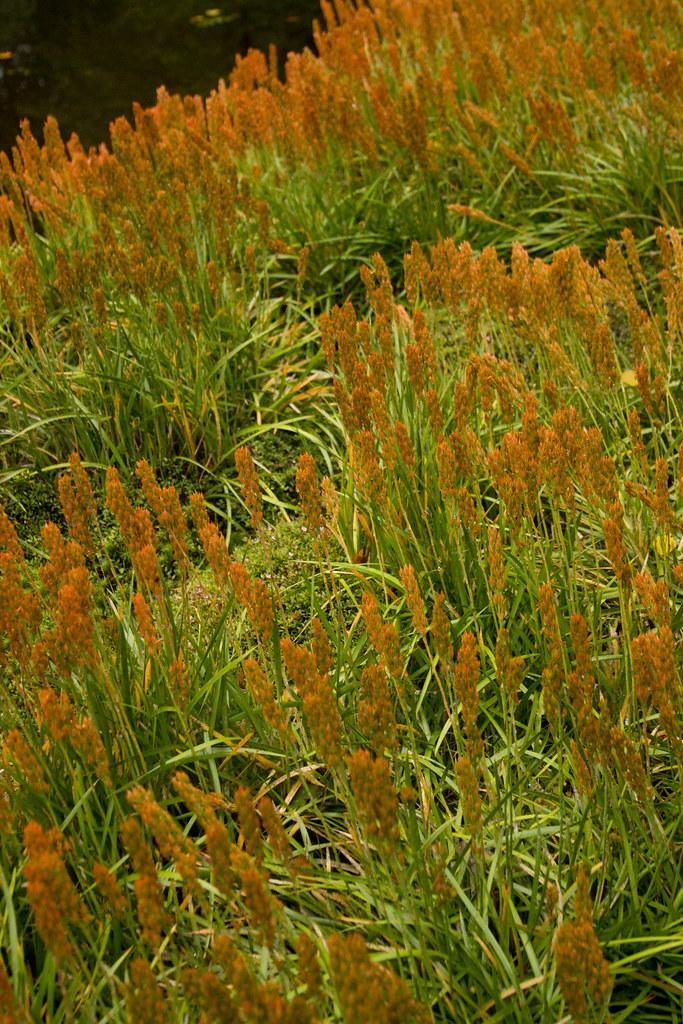 And while there were indeed a few pops of saturated color... 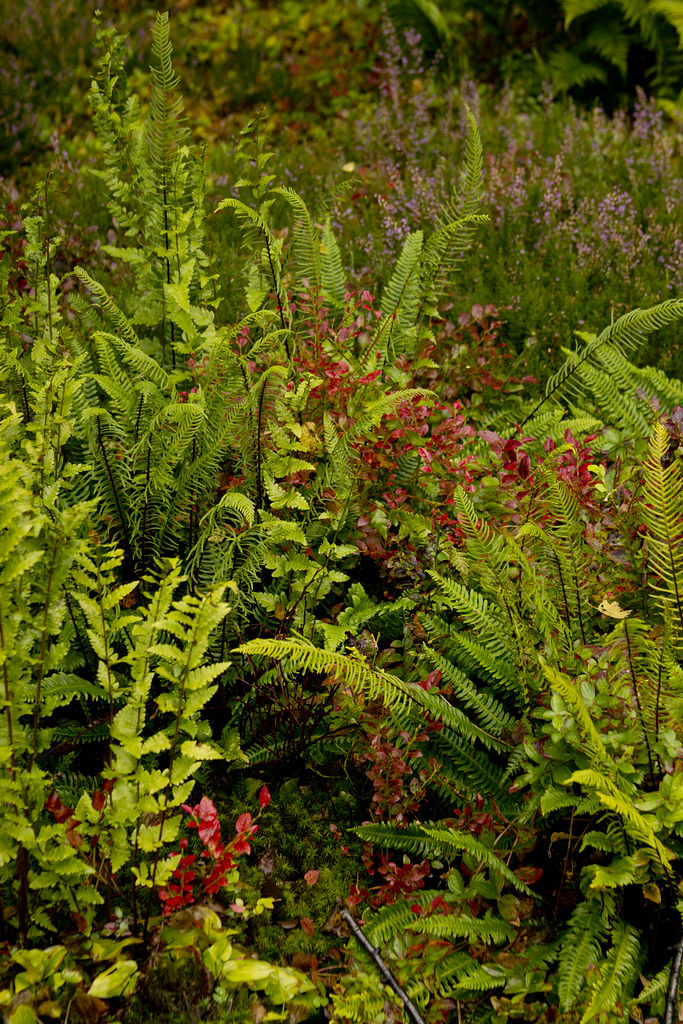 ...the tones were mostly muted...making for a much more calming experience. This isn't a garden/park that shouts for attention...it's content to let you discover its charms slowly. 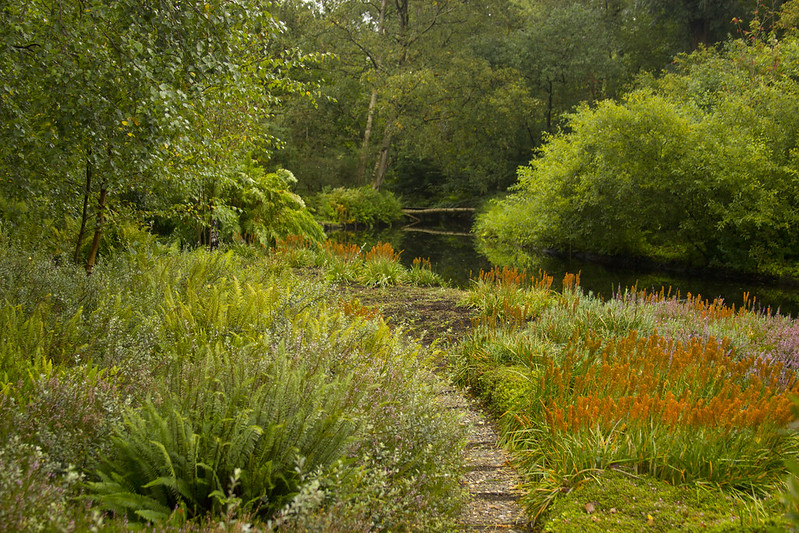 One thing of note, being on peaty ground meant that anytime we stepped off the path (accidentally, of course), the ground moved under us like a waterbed...it was fascinating...and slightly disturbing! 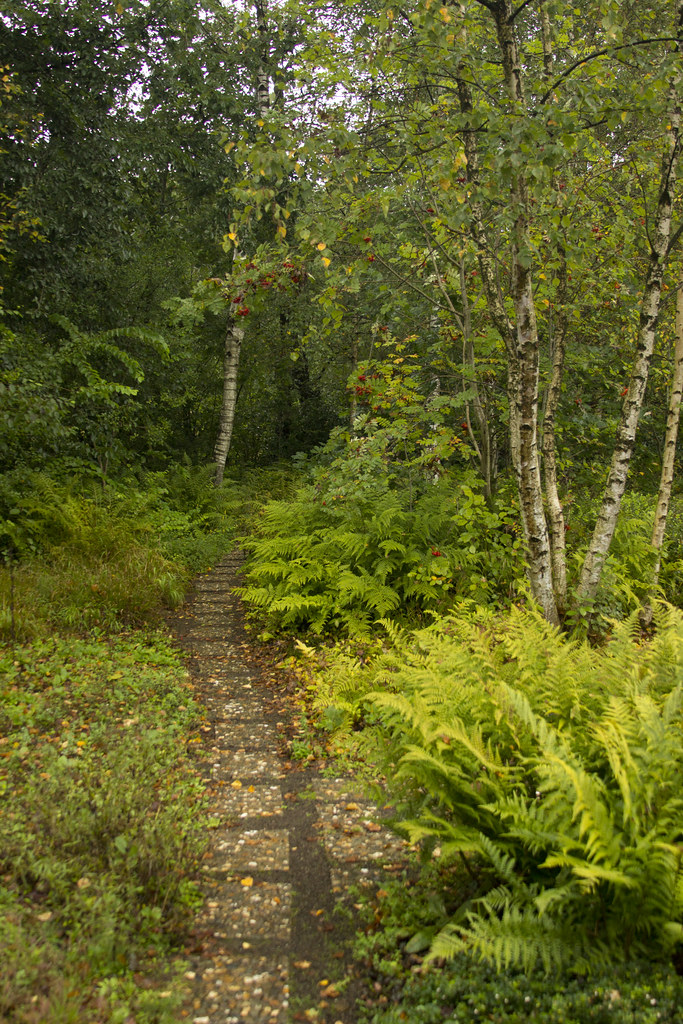 I can only imagine how wonderful it is for those who live nearby to be able to come to this park and feel utterly immersed in such beauty. 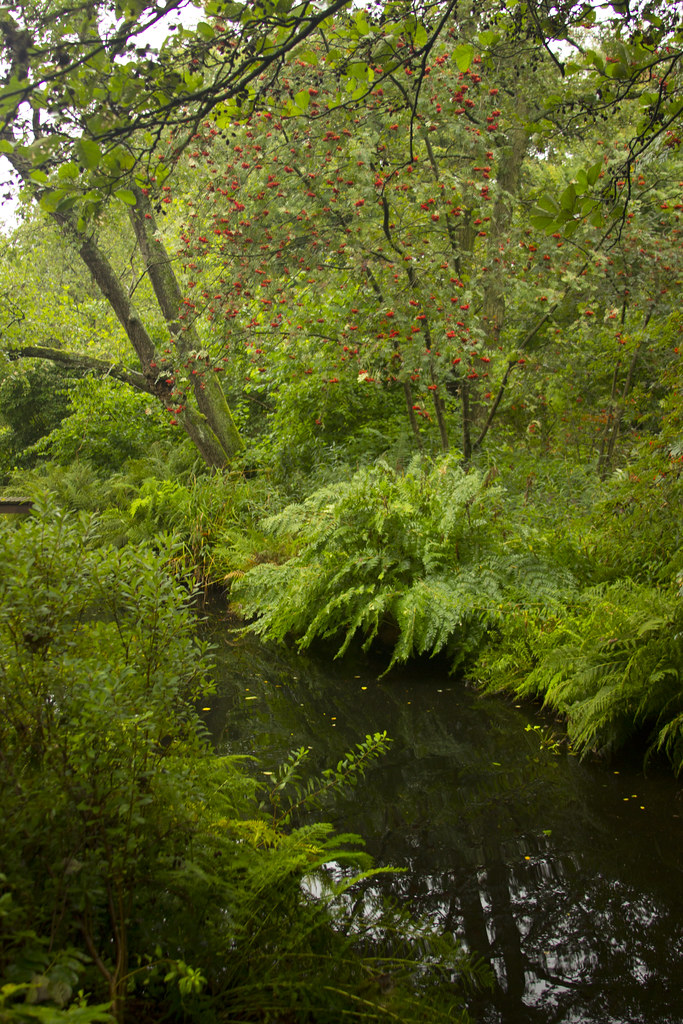 At every turns, there is another beautiful view. 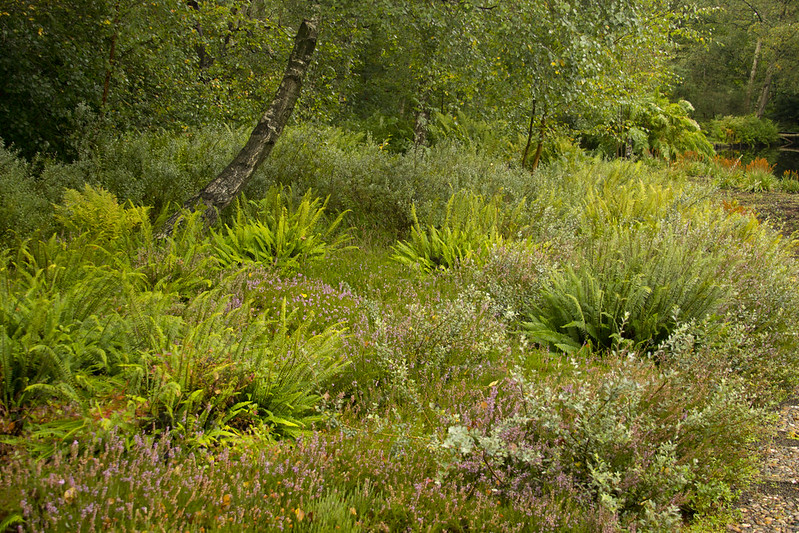 And so I leave you with one more shot of the Jac P. Thijsse Park...I hope you enjoyed it...and if you're ever in Amsterdam, I highly recommend visiting it!

Up next, we visit the very first Oudolf-designed garden of our trip, the Leuvehaven in Rotterdam.

Posted by scottweberpdx at 7:10 AM