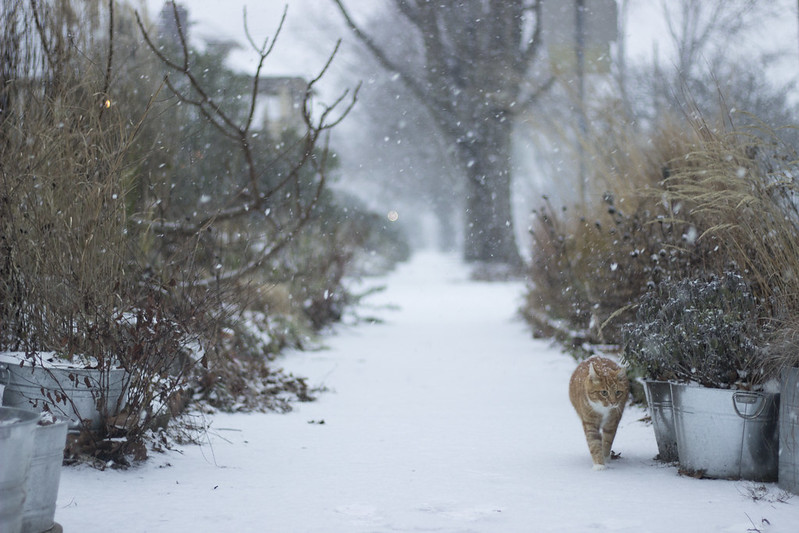 Is there anything as magical as waking up to a surprise snowfall? No...there really isn't...and that's exactly what happened this past weekend in Portland. 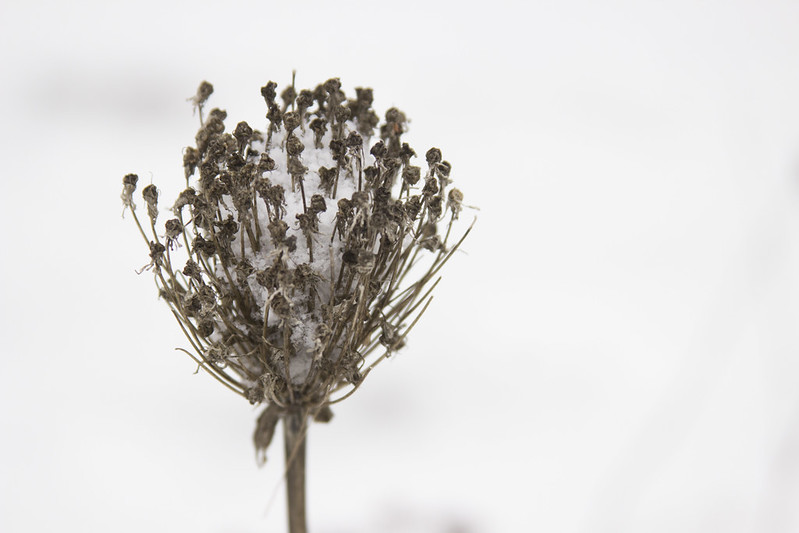 I can thank my surprise on the fact that I just don't look at weather forecasts much during the winter. During the summer, I almost obsessively check forecasts...cursing the heat and praying for cool temps and (although mostly fruitless) rain. Portland winters are such non-events that I just enjoy them, for the most part. 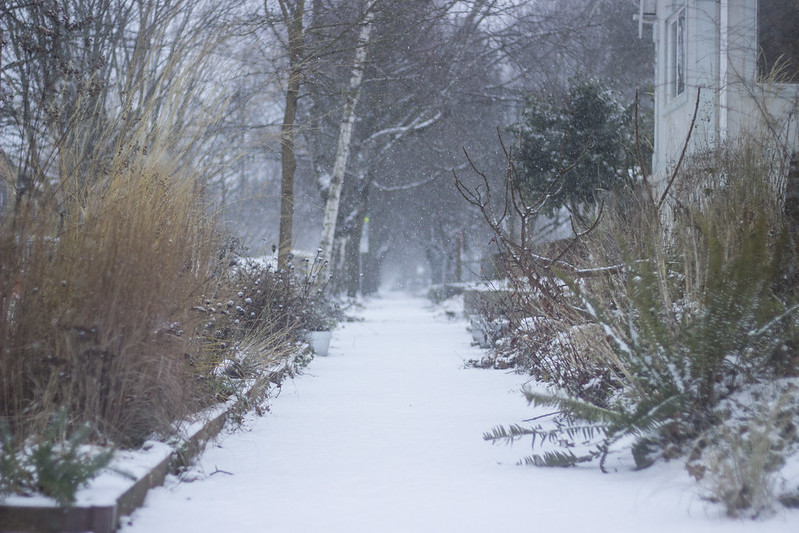 Snow is a rarity in Portland...and all indications going into this winter were that it would be a very dry, mild (boring) winter. As a result, I honestly didn't expect snow this year...but on Sunday, I woke up to flurries, much to my amazement. I figured that was probably all that would happen. 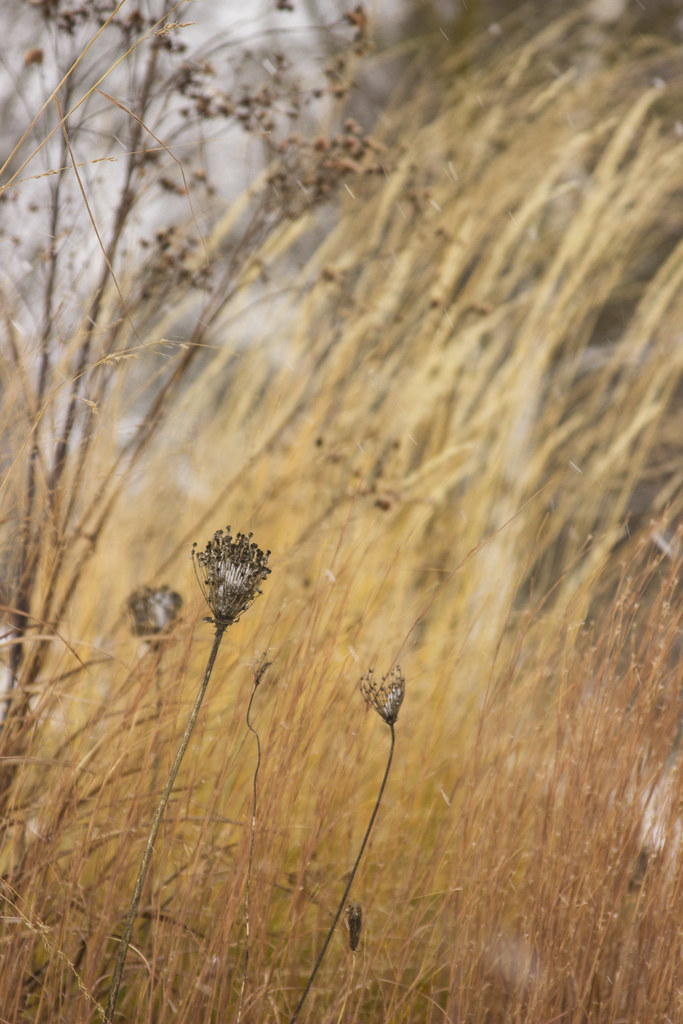 As the morning wore on, however, the snow kept coming...and even better, started accumulating! I could hardly wait for it to be light enough that I could venture outside to take photos. 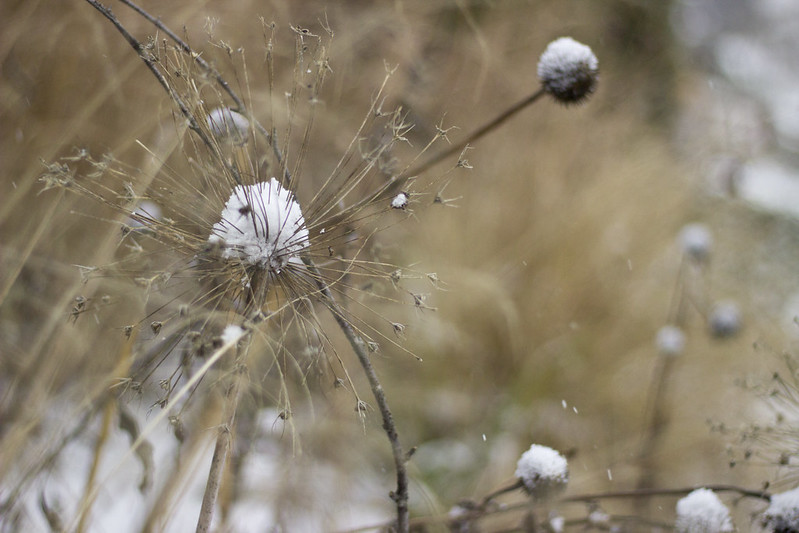 Very few things can so quickly transform a garden as snow does. 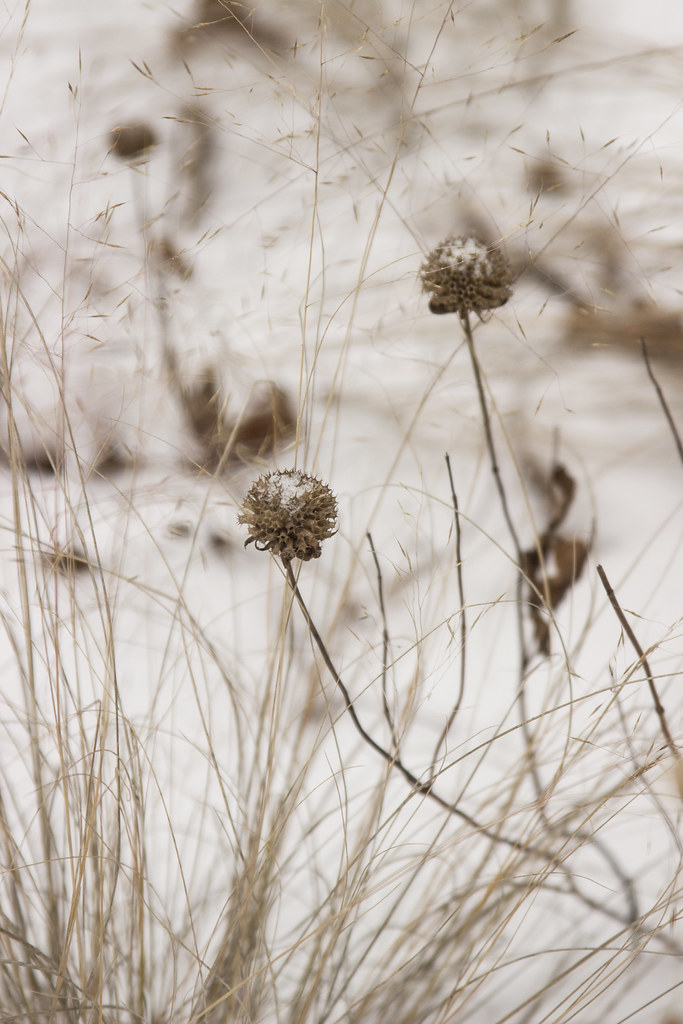 All the plants stand out in stark contrast to the pure white blanket. 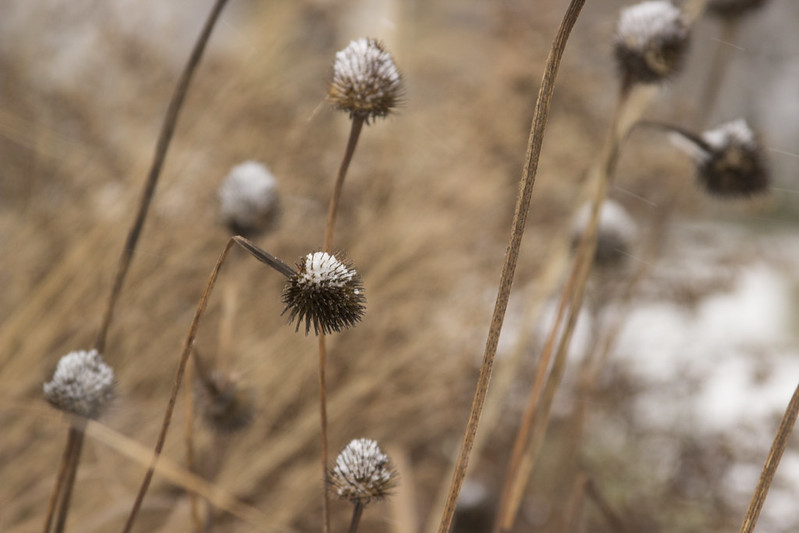 The stark white both softens the garden and enhances its graphic nature. 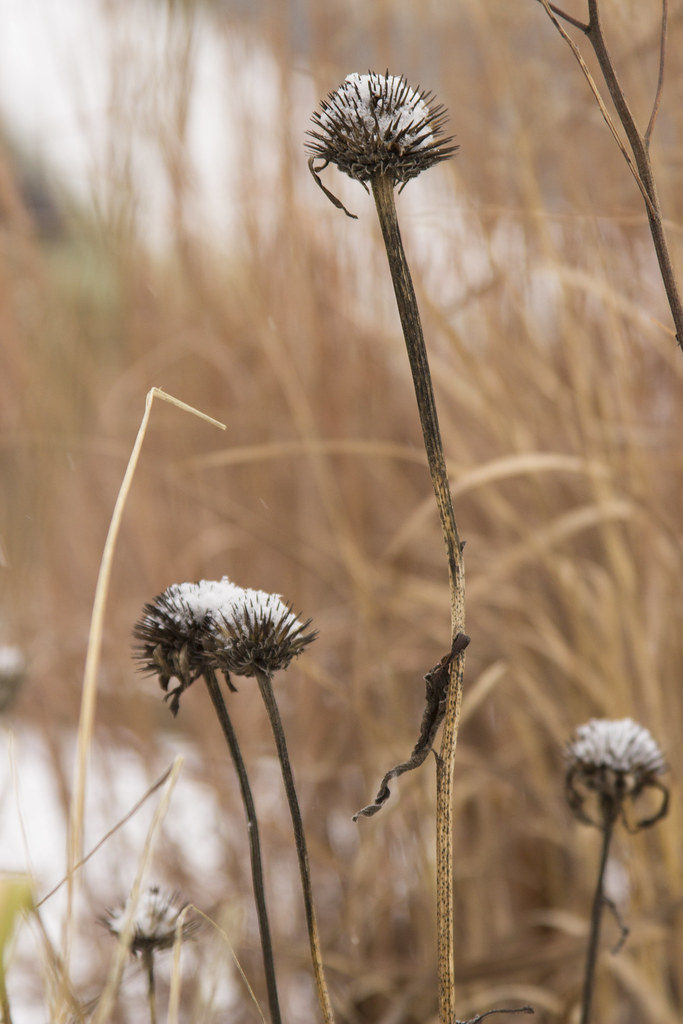 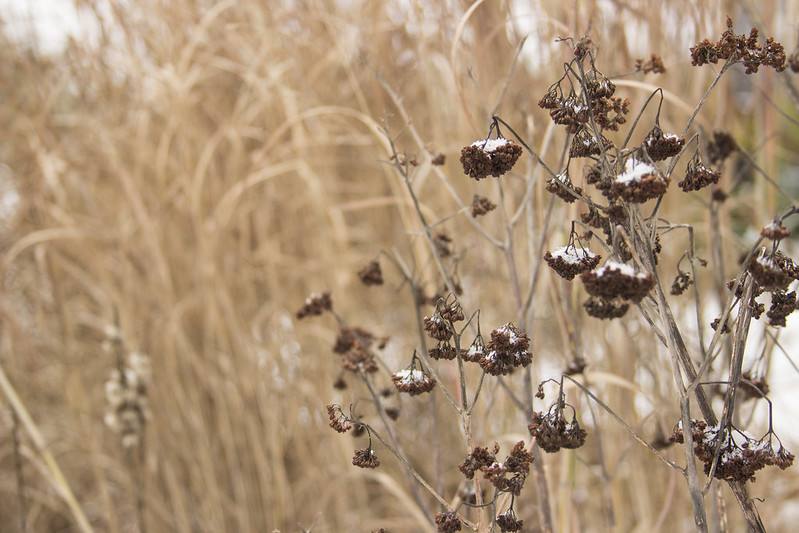 Even partially collapsed plants can be given new life by a coating of snow. 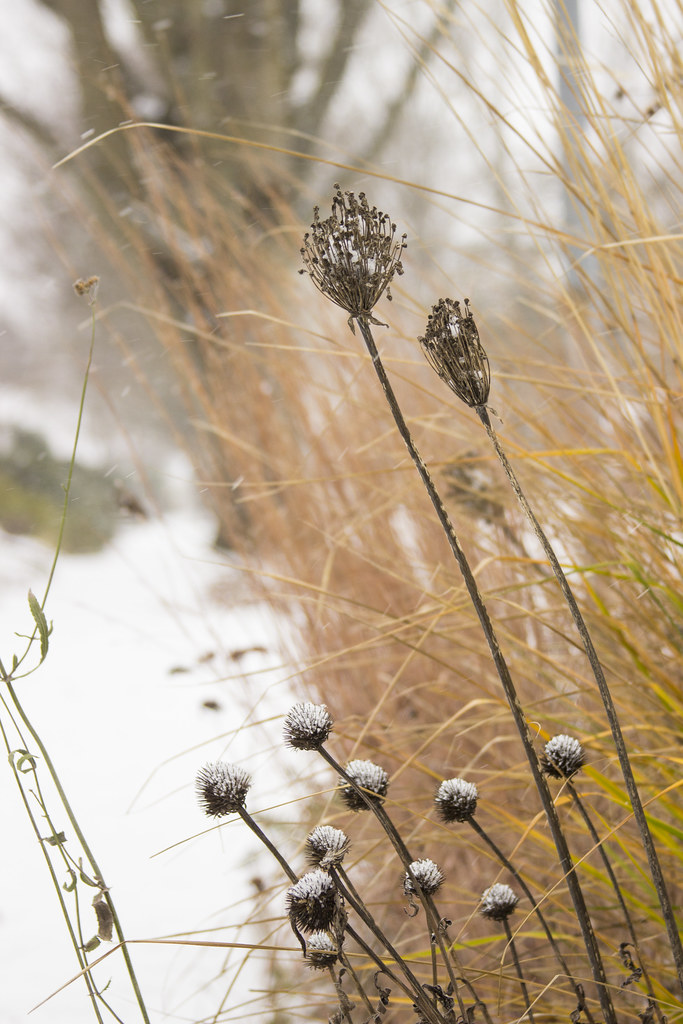 All the seed heads that are still standing don jaunty little bonnets. 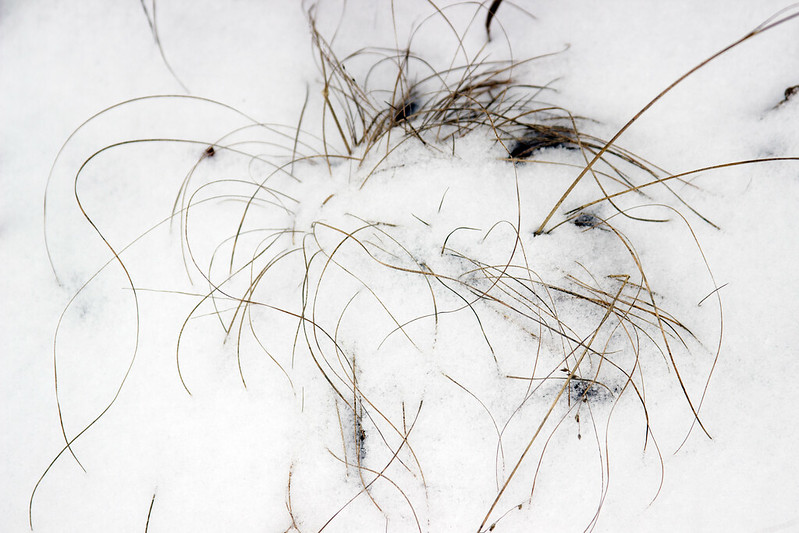 Tufts of grasses erupt from the white stuff. 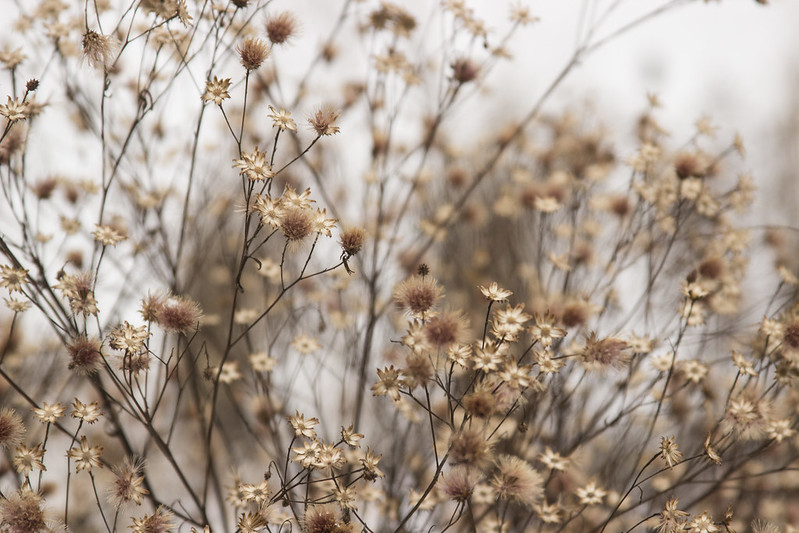 The fine branching and fluffy seedheads of Vernonia are even more apparent against a crisp, white background. 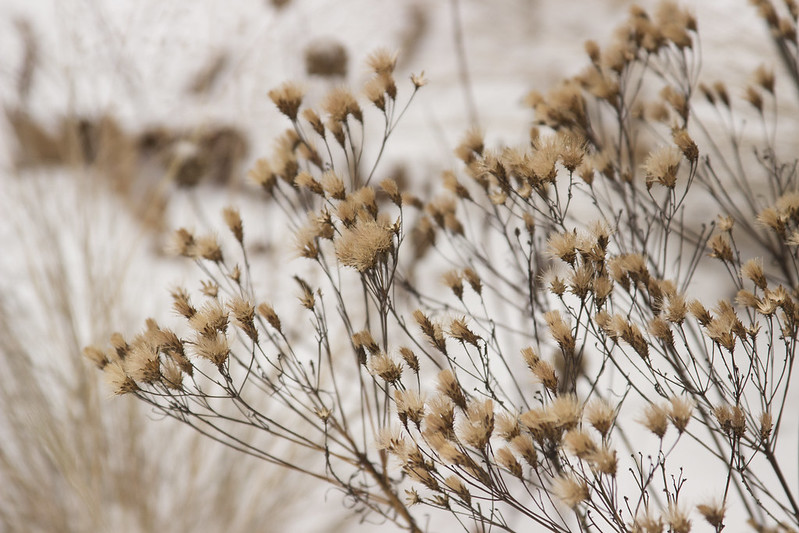 The best thing about snow, however, may be the wonderful quiet that results from the fact that most streets are devoid of cars. It's amazing how peaceful it is outside without the constant noise of traffic. 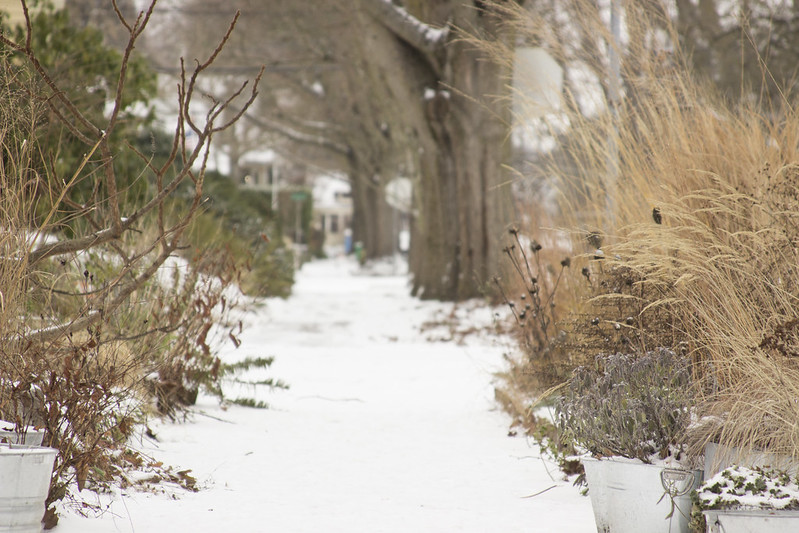 I hope if you're in Portland, that you enjoyed our rare snow day. I'll have a follow-up post soon about the day after...when the entire garden was coated in ice...if possible...rivaling the beauty of the snow that preceded it!

Posted by scottweberpdx at 7:02 AM